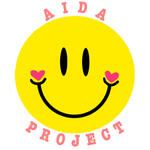 AIDACHILDREN is a project working to make children happy. Our goal is to provide care packages to children suffering from cancer from Yayasan Amaryllis Kirana. All proceeds of the competitions hosted will go to the organisation to help the children.

If possible, please include a simple note of "DONATION" with your transfer to ease the documentation of all donations.

For any inquiries:
Email Us

Participants must be between the ages 12 and 18.

Genre: Any genre of the participant's choice

Important information:
1. The short story must be your own original work. Any cases of plagiarism will immediately disqualify its submitter.

2. The stories are allowed to be in either English or Bahasa Indonesia.

5. The scoring will be done by judges using a specific rubric of assessment.

6. All stories must be submitted by email to [email protected]
Subject: Short Story + your participant number (will be emailed to you after registration is closed)

7. All payment must be made to BCA 0310261211. Proof of payment should be included in the registration form.

We will be selecting one English work and one Indonesian work from each age category.

PARTICIPANT 2:
FIRST OF MANY

“Look, as much as you seem to want it, I’m not doing it. It’s unhygienic,” the lanky alien said while walking with his human partner, who responds with laughter with a tinge of sadness behind it. This was the 8th time she had suggested that they could maybe share a kiss, and this was the 8th time that she has been denied.

“Trust me, it’s really fun once you get the hang of it! You’ve seen everyone else around us do it, why not give it a shot? Do you not trust me?” she replied while pouting playfully. Public displays of affection were encouraged on the ship, as a way to maintain morale and sanity during long distance trips.

The pair have been together for 2 years now, working alongside each other and the crew to keep the ship running at peak performance, the pair specifically responsible for ventilation maintenance. Despite being an item for said 2 years, they have never really shared more than hugs, and Miko could not lie to herself anymore. She really wanted to know what kissing her Xion boyfriend would be like.

The Xion species were not too unlike humans, their body plan being relatively similar, albeit with the addition of a pair of insect-like wings and tails with scaly arms and legs. Miko’s partner, Xenia, was a taller member of his species, sporting bright blue scales with pale skin. He was certainly attractive, his jawline finely chiselled and sporting a well-built body after years of physical labour.

“I do trust you! I just...the thought of sharing saliva with another being is just disgusting, even if it’s you. Why does your species do it anyways?”

“It’s to show someone you’re important to them! You’re very important to me dear Xenia, come on,” Miko replies, with Xenia scoffing.

“If that’s the case why do I never see you kissing the other crewmates? You call them important all the time.”

“I wouldn’t kiss them!” Miko spluttered with embarrassment, as Xenia gives her a more confused look.

“Then you agree with me that kissing is gross!”

“It’s a uh-...a good gross. It’s to show dedication and love for someone, and well Xenia, I do love you. You do love me back no?” she teasingly replies, a hand going to poke the taller alien’s cheek.

“Of course I do! That does not mean that I should do whatever you ask of me, no? I’m happy sharing my warmth with you but kissing just seems....” Xenia fakes a gag, causing Miko to snicker at the gesture.

“Look if it makes you happy, we’ll try it once. If you don’t like it, we won’t do it again. Sound fair?” she asks him, stopping in front of him and cupping his cheeks.

“Fine. Just once.” Xenia agrees, and leans down to finally kiss his deprived partner, Miko pushing herself up against him, and planting her lips on his. Their kiss was sloppy, full of little mistakes here and there, but ultimately satisfying. After about a full minute or two, the pair pull away from one another to catch their breath.

“Another...” Xenia pants out, his chest heaving from exertion. Miko, still trying to catch her breath, smiles cheekily.

“Oh hush.” Xenia playfully replies before the two lean back into each other. This cycle goes on for about another 10 minutes, as the pair finally stop, a call ringing through their communicators.

The pair answers, only to be greeted with shouting from their superior to return to their workstations.

The pair giggle and start to walk together again to their designated work areas, hands clasped together tightly, little does Xenia know that throughout the day, as he worked, he never noticed once the lipstick stains on him, his co-workers silently giggling, understanding what happened to the normally.

Driving down the street, Haru and his brother managed to find a turn towards their home. They were lost for the past hour as Kai refused to take the normal way back to their home. He suggested a shortcut which turned out to not work. As they were on their way home, Kai started up a conversation with Haru to pass the time. Then, Kai brings up a myth about a monster that appeared in Russia. “The story I’m about to tell you is a Russian myth about a monster called “The Flesh That Eats” or for convenience, Scp-610.”

As he starts off, Haru got a chilling feeling down his spine and wanted to back out but couldn’t. “It starts off like this, Scp-610 is a monster that kills any living organisms that is near it by consuming it’s flesh and growing it’s flesh upon it. Once the flesh has consumed its victim, the victim will reanimate with the grown flesh that is across it’s body.” Kai summarized.

“It is said that this monster was found in Southern Siberia, Russia. Some people say this myth is real but they say that the Russian government is trying to cover it up in order to protect the people’s knowledge.”

Haru started to buy into the cover-up of the Russian government as the description his brother has given was too vivid to be a myth. More so, he started to have ideas on what the monster would look like in his head. Continuing their journey back home in the night sky, a sudden figure appeared in front of the car. With the unexpectedness of the figure, Kai accidentally crashed into it. To quick to speak, Haru got out of the car as quickly as he could to help the victim of their car. Haru expected to see a bleeding body, but what he saw would have probably left a scar in his memories.

It wasn’t human, at least doesn’t look like one. He saw a figure covered in reddish, bloody flesh and it had no eyes, ears or a nose. It was just flesh. Too scared to help it up, Haru got straight back into the car and told Kai to speed away from it. He told him to act like it never happened. Kai asked him for details about the body that he just hit. Haru didn’t say anything. With fear, he felt cold and he knew he shouldn’t have just let that body there. With uncertainty, a thought is telling Haru’s mind to turn back.

It felt like forever to get home. All of a sudden, Kai heard a sudden tap on the rear window of their car. Slowly, the taps started to get louder and more taps started to go around the car. “Go top speed, goddamit!” Haru shouted at Kai. Kai tried his best but soon he realized that the car wasn’t moving at all. It was being pulled back by something. Haru had to do it slowly, he slowly checked the rear-view mirror. And there it was...

The bloody fleshed figure was there! It looked like it was trying to stop and get into the car. Kai had no idea what was going on., and so Haru quickly explained to him what apparently happened. Kai felt upset but also was sorry for his brother because he had to see the body of that figure. Haru had no choice but to fight back. Luckily, they had an emergency gun in the cup holder of their car. Haru asked Kai if he could slow down the car steadily. With the little confidence Kai had, he followed his brother’s orders and slowed down the car’s speed.

When the car reached a full stop, they both got out of the car. They both had be ready in a defensive stance, is what they thought but what they saw had stopped their actions.

The figure looked directly at them, or at least it looked like it was. When its attention was turned to Haru and Kai, Haru got his gun out and shot it continuously. Even when 2 magazines were shot at the monster, it was able to run at both the brothers. While Haru was reloading, the monster targeted his brother.
Haru quickly gave up on reloading and had defended his brother. He punched the monster. With enough time, he reloaded his gun and shot it even more.

“Die, you inhuman being!” He discharged as many magazines he had on the horror. Ultimately, he ended the monster’s life.

“Ha... Ha... I did it. I finally did it. Wait...”. Haru realized it. He finally realized what that creature was. The description was exact.

“What? What is it?” Kai questioned. With that knowledge, Haru passed his brother the gun.

“Wait, what are you doing?” Kai questioned again.

“It’s for your own good. That monster wasn’t actually a monster. It was human. It was the victim of Scp-610.” Haru stated. As soon as he stated that, Haru felt an itch behind his back. He knew it was too late.

“Take the flipping gun! Take it and shoot me! Now! Do it!” Haru pleaded. Kai knew what was going on. From the suspicion of his brother of the myth to the fleshy creature that appeared, he knew what he was talking about. Kai wasn’t ready to lose his brother. He didn’t want to lose him. Kai wasn’t ready but he knew he had to do it or else his own brother/Scp- 610 would kill more people.

With every second he wasted, Haru’s body started to swell even more and his skin started to have more bumps. To end it, Kai took the gun. He took an extra mag from his pocket and reloaded it. He pointed towards Haru’s head. “I won’t forget what you did for me. Please die in peace, Haru.”

“Just do one thing for me Kai. Please tell mom and dad a different story of how I died and tell them I love them,” Haru requested. And with the final request he had, BANG! Down goes Haru. Kai retracted the gun and went to bury his brother’s and the other victim’s body. Afterwards, Kai jumpstarted his car and drove down the road back to his home.